By Paul Moynagh
Posted January 12, 2016
In Business, management system, mining
Grasstree Mine achieves Australian production record (10Mt ROM) – with a bit of help from Fewzion2016-01-122017-05-05https://fewzion.com.au/wp-content/uploads/2020/04/product-of-few2.pngFewzion Work Management Softwarehttps://fewzion.com.au/wp-content/uploads/2020/04/product-of-few2.png200px200px
0
Late in 2015 while most people were getting ready for Christmas one of our clients (Anglo American’s Grasstree mine) was quietly breaking a production record achieving 10 Million ROM Tonnes for the year. We are extremely proud to have been a part of this exceptional result and wish them all the best for the future.
This is believed to be the largest production milestone in the history of Australia. Anglo reported that it has been achieved through dedication, commitment to safety and setting in place effective systems to consistently meet 100 operating hours per week of the longwall mine. (See news article)
Glen Britton (Head of Underground Coal Operations at Anglo American) said

“The implementation of Fewzion in September 2014, its integration with other systems (SAP, CITECT, Compliance) throughout the year and enhancements to encourage tighter planning control that have been rolled out during and post the Working Groups, have assisted Grasstree to achieve this fantastic result.

Of course other factors have played a large part in this achievement however Fewzion has played it’s part by ensuring one structured plan on site and as such one version of the truth.”

This is not the first success for an Anglo American mine that uses Fewzion. Last year Moranbah North won Coal Mine of the Year for the third time after massively and sustainably improving their production and safety results.
People on both of these sites say “Nothing happens if it’s not in Fewzion” this gives everyone onsite from management to the crew and contractors transparent visibility of exactly what is going to happen every day, improving their ability to coordinate work and deliver safe, reliable results day in day out.
It works for Anglo, it will probably work for you! Click here to get a demo or call us on 1300 33 99 46.
Related posts
Anglo American Using Fewzion To Improve Performance
Sick Of Planning Spreadsheets

This big gap is wasting your money whilst reducing production and safety results.Business, mining 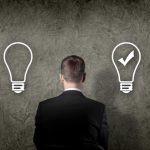 The Science of Influence and Decision-MakingBusiness, management system, mining, Uncategorized