Software to get everyone and everything

on the same page.

The World’s Leading Work Management Tool With Thousands Of Users, Managing Billions Of Dollars Worth Of Assets, Equipment And Projects.

From now on the Fewzion business will be called Commit Works (www.commit.works) our products “Fewzion” and “Visual Ops” are still available and will be provided by the Commit Works brand.

Our biggest fans are passionate about how our products help to create an environment of both trust and commitment on site by getting everyone on the same page. Late last year we came across this quote.

Fewzion is easy-to-use mining software for planning and managing frontline work. Our goal is to help you get everyone on site working safely and productively on the same page to improve results.

A Single, Integrated Plan
Gets everyone on the same page

Successful organizations are driven by a series of commitments that people make to each other and deliver on. But, it’s really hard to make and keep commitments in most workplaces because frontline work is managed in spreadsheets and whiteboards. An effective “commitment system” supercharges your management operating system (MOS), makes it easier to implement and more sustainable.

Helping you deliver results for your business.

People are more likely to be hurt at work when they are doing unplanned work. Sadly most people don’t go to work with an effective plan each day. Our minining software changes this so you can avoid being on the wrong side of this quote.

“90% of the injuries that occurred on sites that I ran happened when people were working “off plan” Andy Greig former CEO of Bechtel’s mining business.

“In relation to the 10MT production record at Grasstree in 2015, Fewzion has played it’s part by ensuring one structured plan on site and as such one version of the truth.” Glen Britton, Head of Underground Coal Operations, Anglo American

Win the war of waste

Waste is the enemy of operations but it is hard to remove across multiple processes, people and equipment on a constantly changing site. With Fewzion you can be confident you are doing the right work at the right time with right equipment and just the right number of people.

Our clients conservatively estimate reductions in labour costs of over $120,000 per month through reduced overtime and contractors.

Industry Leaders Support Our Work And Are Delivering Amazing Results.

Late in 2015 while most people were getting ready for Christmas one of our clients (Anglo American’s Grasstree mine) was quietly breaking a production record achieving 10 Million ROM Tonnes for the year. Learn more.

The Grosvenor project, which was approved for development at the end of 2011, has delivered its first coal from its underground longwall seven months ahead of schedule and more than US$100 million below budget.

Moranbah North, a metallurgical coal mine situated in Australia’s Bowen Basin, is an early adopter of the business process changes we are currently driving across the Group. With operational issues adversely impacting longwall cutting hours and, consequently, production, management implemented a number of processes to address underperformance. Learn more.

Find out if Fewzion could work for you

Ready to discover how our mining software can help your organisation?
Within just 10 minutes discussing your business, our team will show you how Fewzion will help.

All processes on site can be planned in one place. Production, Maintenance, Training, Projects, Safety, Compliance and more all in the same system.

Plans can be made at your desk, adapted on the fly and updated by the team out in the workplace so everyone has the information they need when they need it.

Learn Something From These Free Explainer Videos

A management operating system (MOS) is the set of tools, meetings and behaviours that link the intentions of management with the work done each shift. Watch the video below to see how the elements of a MOS fit together.

The interaction between frontline managers, supervisors and their crew is critical to the performance and safety of the team. Watch the video to find out why a shift plan is the key to this and how it improves workforce engagement.

Read More In Our Blog

We regularly speak in public about the need for good frontline planning and a commitment system, we share a lot of our views in this blog.

The three ingredients of a Short Interval Control (SIC) sandwich

The team at Commit Works have been [...] 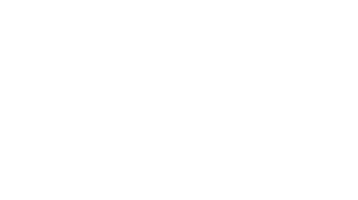 Beyond the downturn: new priorities in Australian mining

Pathways to a Mine that is in Short Term Interval Control

The power of planning

It’s not difficult to understand the [...]

Mining software is a recent innovation [...]

Mining consultants are an unbiased third [...]

Mining Solutions: Operational Technology bridging the IT to OT Gap

There is a lot of talk in logistics about the [...]

Coordinate productivity with confidence. Get in touch today.

Questions? – get in touch
Book a free demonstration
Popular Posts
Contact us
USEFUL LINKS
Visit our Youtube channel to learn more about Fewzion
Copyright All Rights Reserved © 2014
Contact Us