Fortescue Metals Group is shaping to reap some $30 million in annual cost savings after pushing the real-time reporting of productivity data out to the mobile devices of its field operations team at the Cloudbreak iron ore mine.

The reporting tools, rolled out in late 2013, offer on-site mining supervisors a near real-time view of how operations are tracking against production plans, via a business intelligence dashboard delivered to a Windows-based tablet device.

Feeds of data are pulled together from fleet management systems that track trucks, diggers and other mining equipment, as well as the SCADA systems that control and monitor fixed plant.

Previously supervisors had to wait 12 hours to receive daily reports, generated manually in Excel at the end of a shift, to get a handle on their productivity.

The data now at the supervisors’ fingertips – presented as either intuitive visual dashboards or as rich data – is on par with staff using PCs at Fortescue’s Perth headquarters.

Supervisors use the data to recognise and rectify issues mid-shift. It can be used, for example, to move trucks from different pits to optimise the fleet and maximise productivity.

Since the rollout of the mobile dashboards, Fortescue has looked to quantify how access to near real-time data in the field can drive better decision making on-site. 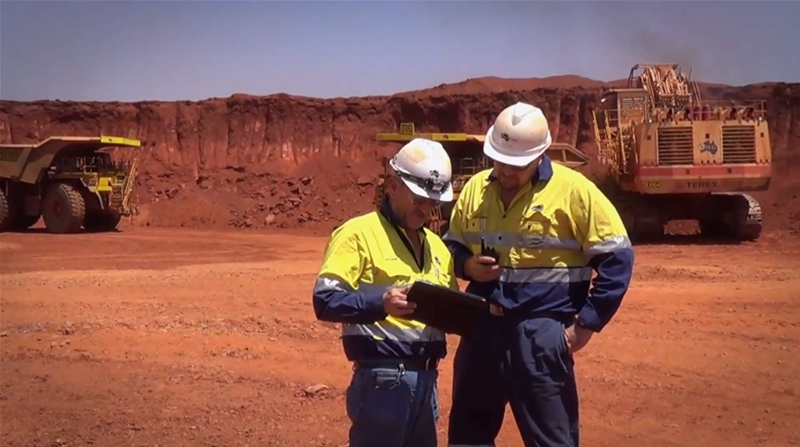 Over the first three months of 2014, Fortescue’s fleet of RH340 diggers each produced over 5500 tonnes per hour, up 11 percent, while its trucks are hauling over 70 more tonne-kilometers per truck every week.

On a cost-per-tonne basis, the project could reap Fortescue up to $30 million of cost savings a year at current volumes.

“The lessons learned from this project are being applied to numerous other projects that can have direct, measurable benefit to Fortescue,” Forte said.

The project required close collaboration between Fortescue’s IT team and the broader business. It was steered by members of a business improvement team, IT team and operational staff.

The IT team developed and delivered the BI dashboards and mobile applications, while the operations team was tasked with providing feedback during the development process to ensure the data being made available would drive better decisions. The company chose to use the agile methodology, working in six-week sprints both in Perth and on-site.

“Feedback from the users was a critical component of the delivery cycle, and led to various improvements and upgrades,” Forte said.

Forte said the role of IT at Fortescue is to “enable the business strategy”.

“We do this by understanding, by being trusted, and with business velocity. We recognise that we are not an IT company, we are a mining company.”